A letter to our children on the 2040 we hope for…
Have you seen Damon Gameau’s 2040 yet?  It’s a great documentary, but one thing in particular we liked when we watched it was the focus on impactful, practical climate solutions.

Often, the climate conversation is heavy, with emphasis given to how bad the situation is and how it will only get worse if we don’t act. In 2040, however, Gameau creates a more positive and hopeful narrative by exploring solutions – real solutions, currently in existence – that will make things better if adopted.
Gameau uses Kate Raworth doughnut economics as a framework to explain how and why the solutions are impactful and practical. 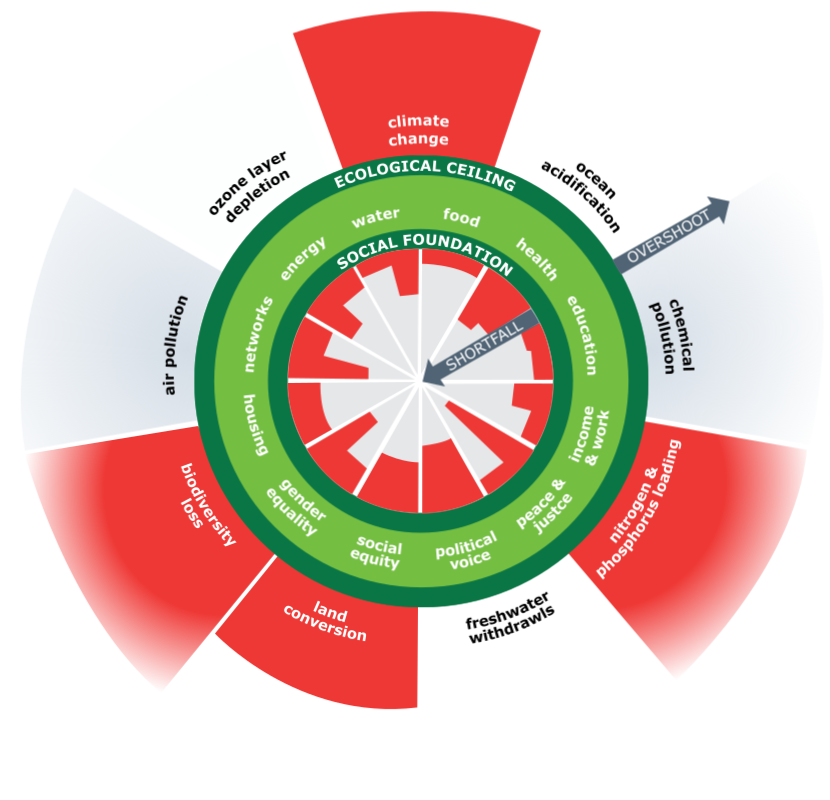 One of the solutions Gameau explores is SolShare – a solar energy company that looks to bring affordable clean electricity to everyone in Bangladesh and beyond through smart, peer to peer grids. Customers purchase solar panels and battery storage (the SOLbox).  Then, through an IOT-driven marketplace (the SOLbazaar) they are able to sell excess energy generated back to the grid to non-solar home system users, or those who can’t afford it.

Referring to Raworth’s doughnut, this answers a number of the social shortfalls beyond energy.  It improves health by providing clean energy replacing kerosene lamps, it improves education by providing light by which children can do their homework at night, it improves social equity by allowing communities to share resource, while also providing an income. It also reduces waste, air pollution, chemical pollution, ozone layer depletion and ultimately greenhouse gas emissions that cause climate change.

SolShare’s founder, Neal (who is 22 by the way), explains that the success of the company so far is because of it’s decentralised and bottom up approach.

Another solution that Gameau explores is regenerative agriculture – a farming practice that looks to conserve and rehabilitate the land while farming it.  Adoption is growing in Australia as Aussie farmers suffer at the hands a harsh environment worsened by climate change and a broken system: the introduced European farming methods that aren’t suitable for Australian landscape.

In the documentary, Gameau talks with Colin Seis about his ‘multi species pasture cropping’ practice which repairs pasture topsoil by planting multiple grass species who’s root systems improves the soil’s ability to sequester carbon, absorb and retain water and nutrient density.  This in turn means that the meat that eats the crop are healthier and provide more nutrients to the humans who eat them.

Again, referring to Raworth’s doughnut, regenerative farming corrects social shortfalls by providing nutrient dense food which improving health and access to food and corrects for planetary overshoot by reducing one of the worst offenders nitrogen and phosphorus loading, as well as reducing freshwater withdrawals and carbon emissions through sequestration.

Speaking of positive outlooks and solutions…
Have you subscribed to Future Crunch?  Similar to Gameau, the team at Future Crunch aim to ‘change the story of the human race in the 21st century, by changing the stories we tell ourselves’.   The team of scientists, artists, researchers and entrepreneurs create and tell compelling, evidence-based stories about a positive future.  They also collate and share positive, solutions-based global news stories in their fortnightly newsletter.  Check it out here.

And finally…
Taking a slightly different tact, The Guardian has been hard at work on a series called the Polluters  which refocuses our attention on where real change can be made.  For example, they recently reported on the top 20 companies responsible for a third of the world’s carbon emissions, and provided the stats on the politicians most likely to vote against the climate in the UK.

Often the media can make it feel like it’s on us as individuals to make changes to our lives and habits, so this is a helpful reminder that even just a few heavy hitters changing the way they do things will make a lot more difference than we could as individuals.  It provides direction and focus for anyone prompted to act in the wake of the climate strike.

Acknowledging Country: A new way to connect mindfully with an important practice

We recently engaged YARN Australia for a series of team workshops on storytelling, focussed on creating relationships and intentional connections between First Nations Australians and settlers. We invite you into our world as we share a practice from these workshops, and gratefully acknowledge the land we call home.

We recently welcomed Kylie to the TDi team. Kylie brings a wealth of experience in entrepreneurship as well as rich heritage and story from her Kakadu roots. Kylie is passionate about opening up opportunities for First Nations business to support and give back to...
Read More

Don’t Underestimate the Impact of Finance

by Isaac Jeffries, Senior Consultant     I recently had coffee with a university student, who is passionate about social impact but unsure about how to get a job in the industry. She’s studying maths and economics, and surprised me with this pearler of a...
Read More

Why we’ve switched to Bank Australia

by Anthea Smits, CEO     There's been excitement around TDi this month – we are now officially a customer with Bank Australia! Why the change? When I first started to think about impact investing many years ago, a dear friend and mentor challenged me to...
Read More

9 Mindsets of my Favourite Difference Makers

TDi Senior Consultant Isaac Jeffries shares the philosophies and habits that are the hallmarks of his favourite difference-makers.

This is a concrete list of practices and mindsets for working in community, and maintaining connection to people without burning out or burning others.

Bilum: The Power of Story to Drive Inclusive Economic Growth

by Annie Smits, TDi CEO   In May this year we attended the first official public screening of The Bilum Story, hosted by the AUS-PNG Network at The Lowy Institute in Sydney. Before the screening, I introduced the film to a crowded room, by bringing to the fore a...
Read More

Why We Need More Coaches and Fewer ‘Experts’ in International Development

By Kate Wilson, TDi Associate   An intuitive mindset coach and mentor, Kate's insight and expertise is so valuable to our team – we hope it will be for you too. This post was originally published on Kate's website, Resources Reimagined and explores the vital...
Read More

Reconciliation Week 2022: Wrestling with our role in the Indigenous Business Sector

Anna Moegerlein, Deputy CEO, TDi In light of National Reconciliation Week, TDi’s Deputy CEO Anna shares some of the unfolding story around our work in the Indigenous Business sector: What are the challenges we are wrestling with as an organisation, what are our...
Read More

Our 'Accelerate with IBA' Showcase on April 7 was a great success. It's been an incredible six-month journey as we partnered with Indigenous Business Australia once again to equip a new cohort of business owners to grow, learn new skills, and explore their social...
Read More

Meeting Uncertainty and Crisis with Curiosity

Anthea Smits, TDi CEO   I’m going to be honest; I had a rough start to 2022.   We endured a bout of coronavirus in January, followed by a series of personal crises. Each of these would have been manageable on their own, but one after the other, at a time when...
Read More